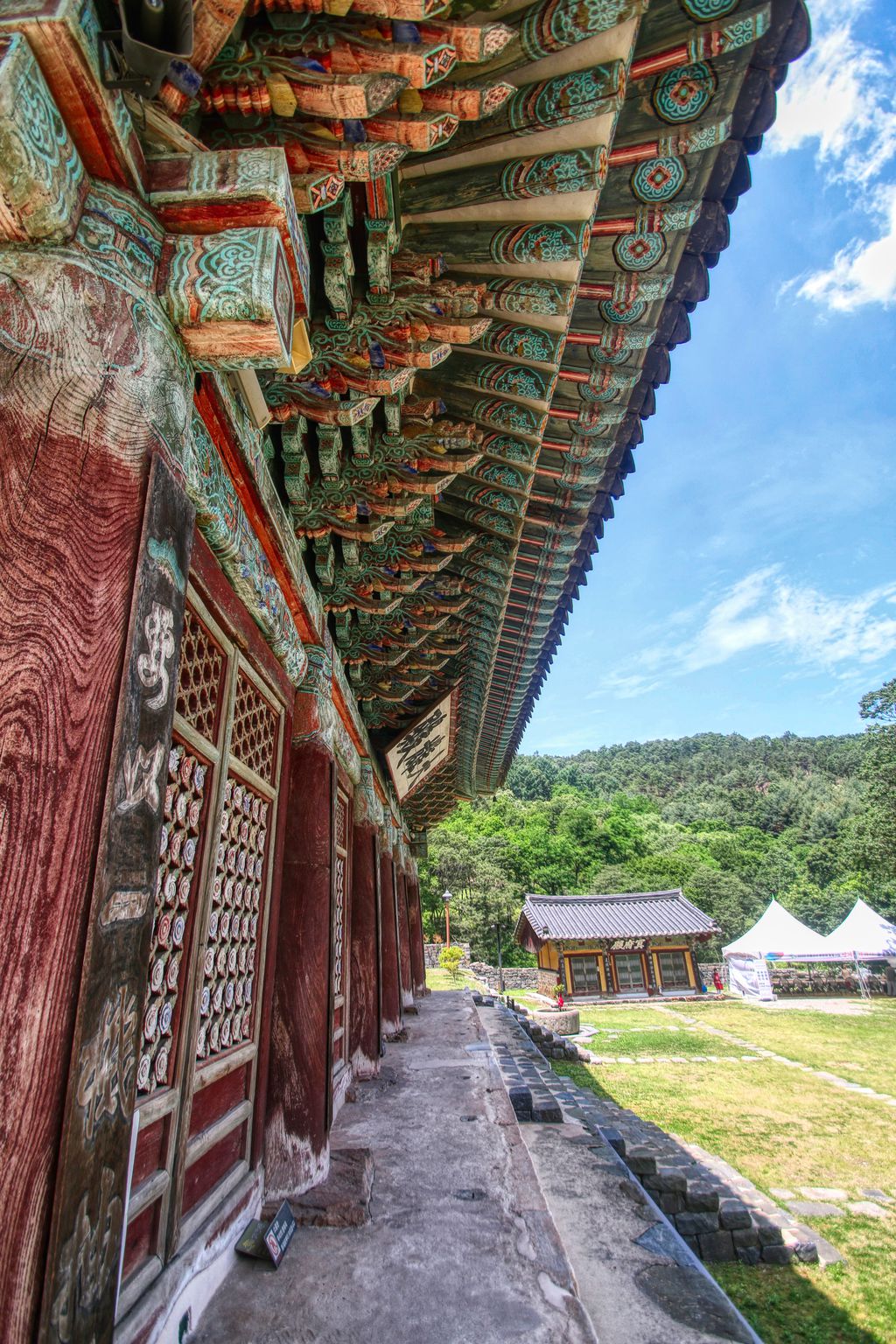 Ssanggyesa Temple is a famous temple with not only a long history but also an artistry. It is presumed to have been built during the Goryeo Dynasty, but the exact timing is unknown. According to Jung Geon-gi* of Ssanggyesa Temple, which was recorded in the late Joseon Dynasty, Ssanggyesa Temple was also called Baekamsaengsa Temple, originated by Yi Jun-chon during the latter phase of the Goryeo Dynasty, and its neck was this color of a sentence. In Junggeon-gi, the temple is said to be related to the Buddhist monk Hye Myeong-sook, and if you are the same person who founded the temple, you can go up to the beginning of Goryeo. It was later destroyed by a fire, but was rebuilt by a Buddhist monk named Seongyeom.
* Records that the temple has been repaired or repaired

Legend has it that bluebirds can carry their brushes in their mouths and draw the Daewoongjeon Tanghwa, or hold a column made of wood in a jutting sun and go without pain on the path to the underworld. The flowery patterns of Daewoongjeon gate are said to contain mysterious power, allowing sunlight to penetrate the courthouse. Also, the energy of the hydrofluoric acid surrounding Ssanggyesa Temple is feng shui, which does not dry up even during the severe drought.

Daewoongjeon Hall, designated as Treasure No. 408, was rebuilt as a single-story building on 15th of King Yeongjo in 1739. When the Buddhist temple was rebuilt nationwide during the Japanese Invasion of Korea, Ssanggyesa Temple is believed to have built a second-story Buddhist temple and created the Three Buddhas**.
** Three Buddhas in the middle, Amita Buddha in the left, and Medicine Buddha in the right.

The origin gate of the Three Buddhas enshrined in Daewoongjeon Hall was found, and it was erected in 1605 as it said, "In the 38th year of King Seonjo's reign, 1605 the Buddha was built and enshrined in the second floor of Ssanggyesa Temple." Instead of having broad shoulders and short necks, the shape of the long waist, thick snowballs and fat pears show the characteristics of Buddhist sculptures in the early Joseon Dynasty. At first, it was known as a wooden Buddha statue, but its name was changed to a small statue when it was discovered that the final finish was made by making soil when it was promoted to Treasure No. 1851.

At the entrance of the temple, there are nine Bodo statues, the 80th cultural asset data of South Chungcheong Province, and the temple grounds are decorated in a jabbisclike manner with a statue of the Buddha, which says that even in rain, the parts of the face are not wet.